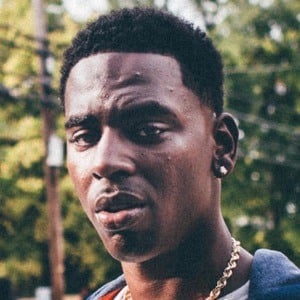 Rapper known for singles such as "Major" and "RNB." His seventh album, Rich Slave, was his most successful album, debuting at #4 on the Billboard 200 while peaking at #3 on the US Rap chart.

He released his debut mixtape, Paper Route Campaign, in 2009. His first studio album King of Memphis dropped in 2016.

He was born Adolph Thornton Jr. in Chicago, Illinois but raised in Memphis, Tennessee by his grandmother. He had four siblings, two sisters and two brothers. He was married to Mia Jaye.

He worked exclusively with Gucci Mane on several projects.

Young Dolph Is A Member Of