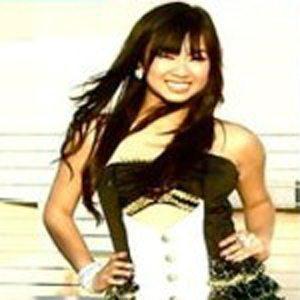 Pop singer and actress who rose to fame as one of the original members of the girl group Forever alongside Jasmine Villegas, Mandy Rain and Jacque Pyles. They are known for their singles "Something Like a Party" and "Get Like Me."

Before the formation of the band in 2008 she made various appearances on television.

In 2010 they released their first album and the same year they came out in two Nickelodeon movies called School Gyrls and A Very School Gyrls Holla-Day, both written and directed by Nick Cannon.

She grew up alongside her two sisters.

She appeared in an episode of iCarly which stars Miranda Cosgrove.

Monica Parales Is A Member Of