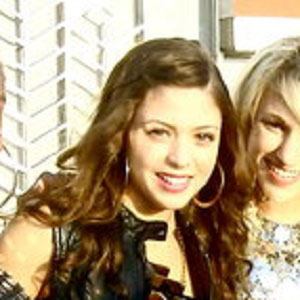 Came to fame as a member of girl group School Gyrls, which eventually changed its name to FOREVER in July 2012.

She was signed by Nick Cannon's NCredible Entertainment. She and School Gyrls' debut album cracked the Billboard 200 at No. 118.

She brushed elbows with such stars as Reverend Run, Vanessa Simmons, and Soulja Boy when each had cameos in the movie "School Gyrls" from 2010.

She has been active on social media, tweeting pictures of her family on vacation and of her pet dog, whom she jokingly referred to as her boyfriend. She grew up with a sister.

She first met Justin Bieber on the set of "School Gyrls". She was romantically linked to the pop star in September 2013, following his much-publicized breakup with Selena Gomez.

Jacque Rae Pyles Is A Member Of