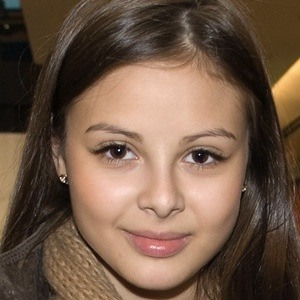 Singer who gained fame as a finalist on the reality competition series SuperStar Search Slovakia. She then went on to release the debut album Shining and later the followup Flashback.

She made her debut in 2009 taking fifth place in the SuperStar Search Slovakia.

She has a self-titled YouTube channel she has posted live performances, song covers, and duets.

She has one sister named Natálie Bagárová.

Monika Bagárová Is A Member Of