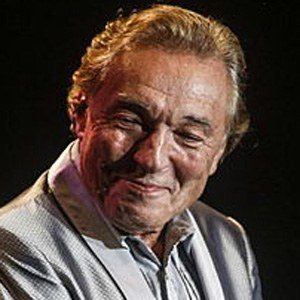 He studied to become an electrician before deciding on a music career. He participated in amateur music contests before getting his big break.

He released his first single with Supraphon in 1962.

He married Ivana Machackova in 2009. They had two daughters, Charlotte and Nelly. He had two other daughters, Dominika and Lucie, from previous relationships.

His first solo single was a cover of the Henry Mancini song "Moon River."

Karel Gott Is A Member Of