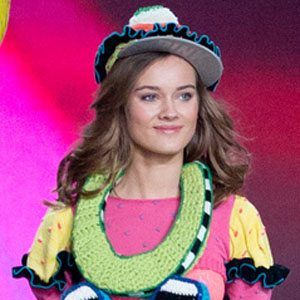 Polish model who garnered attention when she was not allowed to participate in Australian Fashion Week due to her age of just fourteen years old. In 2015, she became a Victoria's Secret Angel and has been signed by IMG.

At the age of thirteen, she was signed by IMG Management and booked a worldwide Hermes campaign.

In 2009, she walked runways for the first time in New York Fashion Week and in Milan.

Her sister, Ania Jagaciak-Michalska, is a Polish long jumper who competed in both national and world championships. She married photographer Branislav Jankic in 2017.

She walked alongside supermodel Karlie Kloss in several runway shows.

Monika Jagaciak Is A Member Of