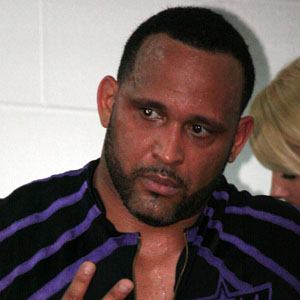 He joined a graffiti gang at the age of 12 that he claims turned into a street gang and resulted in him spending six months in jail for robbery.

He was a two-time WWE United States Champion.

His father was a police officer. While in prison he changed his name from Alvin Burke Jr. to Hassan Hamin Assad and converted to Islam. He has a son from a previous relationship.

He won the WWE Tag Team Championship with Matt Hardy.

Montel Vontavious Porter Is A Member Of