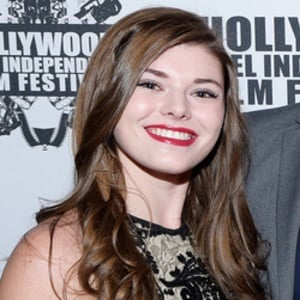 Actress who starred in Lifetime's Double Mommy. She can be seen in movies like Bound, Mascots and Destruction: Los Angeles. She has also landed roles on TV series like NCIS, See Dad Run and Mr. Student Body President.

She was raised in western Pennsylvania.

She was nominated for Best Actress in a Feature Film at the Northeast Film Festival for her performance in the sci-fi action film RZ-9.

She has a sister named Mackenzie.

She co-starred with Jeremy Shada on the web series Mr. Student Body President.

Morgan Obenreder Is A Member Of