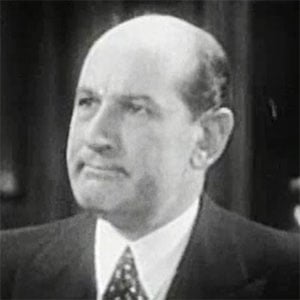 In his 32 year career, he is probably most well known for his role in the W.C. Fields film It's a Gift. He also had roles in the 1935 film The Headline Woman and the 1939 film Mr. Moto Takes a Vacation.

One of his earliest film roles came in 1922 for the film, One Exciting Night.

He acted in over 120 films throughout his illustrious career.

He was married to Louise Chapman Wallace.

He appeared in the film My Little Chickadee opposite Mae West.

Morgan Wallace Is A Member Of