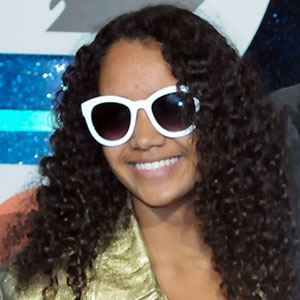 American actress who appeared with Snoop Dog in the 2012 film We the Party.

She was born in Los Angeles, California and began her film acting career at the age of four.

She was born in Los Angeles to Chittra Sukhu and actor Mario Van Peebles. Her siblings, Marley and Mandela, also became child actors.

She played the daughter of Malcolm X (played by her father, Mario Van Peebles) in the 2001 film "Ali."

Morgana Van Peebles Is A Member Of