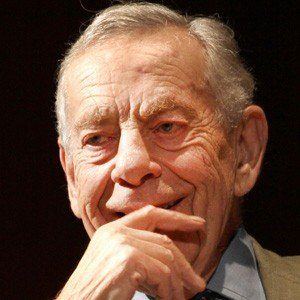 A news correspondent and editor who began working for 60 Minutes in 1970.

He attended both Harborad Collegiate Institute and University of Western Ontario.

He is a Jewish news correspondent from Toronto and was accused by President Johnson of being a communist for reporting bleak news on the Vietnam War.

He had a daughter named Sarah with his wife, Jane Fearer.

He replaced Harry Reasoner on 60 minutes.

Morley Safer Is A Member Of