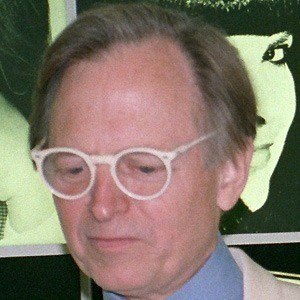 Notable American journalist and author who led the New Journalism movement in the 1960s. His best-selling books include The Electric Kool-Aid Acid Test and the essay Radical Chic & Mau-Mauing the Flak Catchers.

In high school, he played baseball and acted as student body president.

His first novel was The Bonfire of the Vanities in 1987. It was adapted into a film of the same name.

He had a daughter and son with his wife Sheila.

One of his books, The Right Stuff, was made into a 1983 film of the same name and directed by Philip Kaufman

Tom Wolfe Is A Member Of