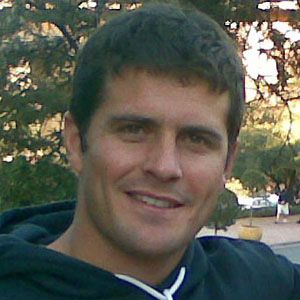 South African rugby union player who became one of the top fly-halfs of his era.

He was born in Cape Town, South Africa, and played soccer growing up.

He married Christelle Steyn in 2009.

He beat Dan Carter's record of most points in a Super Rugby season with 263.

Morne Steyn Is A Member Of