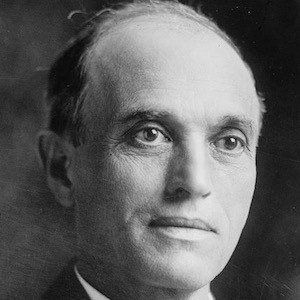 He emigrated from Bavaria to the US in 1867 and lived in New York and Missouri before arriving in Idaho in 1891.

He was only the second Jewish governor of any US state.

He married Helena Kaestner in 1876.

He paved the way for other Jewish governors like Eliot Spitzer.

Moses Alexander Is A Member Of