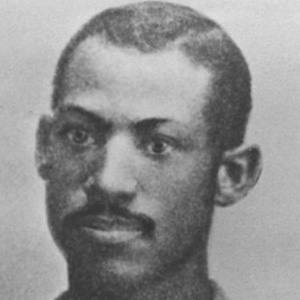 The first black player in baseball who took the field decades before Jackie Robinson, and several years before the color line in baseball was drawn.

He played baseball at Oberlin College, where his outstanding performance got him an invitation to the University of Michigan - and there Walker experienced his first taste of prejudice.

He was born in Mt. Pleasant, Ohio, the third oldest son of Moses, a cooper turned doctor and minister.

Unlike Jackie Robinson, he had no ambitions to challenge the status quo in baseball's segregation.

Moses Fleetwood Walker Is A Member Of