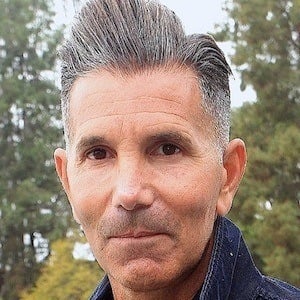 Fashion designer best known for founding the clothing company Mossimo. The brand has specialized in youth clothing, specifically in items such as shirts, jeans, jackets, socks, underwear, and accessories.

He studied architecture and business at the University of Southern California, but he dropped out of college after three years.

He sold his company Mossimo to Iconix Brand Group in 2006.

He has two daughters, one named Isabella Rose and the other named Olivia Jade, and a son named Gianni.

Mossimo Giannulli Is A Member Of