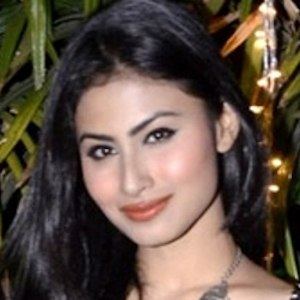 Actress who is known for her work in the Indian television and film industries. In 2015, she was cast to star as Shivanya Naagin in the drama series Naagin.

She graduated with a degree in English literature from Miranda House in Delhi. She then received her second degree in mass communication from Jamia Millia Islamia University.

She excelled as a Kathak dancer prior to her becoming a professional actress. Between 2011 and 2014, she appeared in the Indian TV series Devon Ke Dev...Mahadev as Sati.

She was born and raised in Cooch Behar, West Bengal, India, to parents Anil and Mukti. She also has a sibling named Mukhar.

During an appearance as a guest dancer for Bigg Boss 8, she appeared alongside Salman Kahn, who hosted the show.

Mouni Roy Is A Member Of