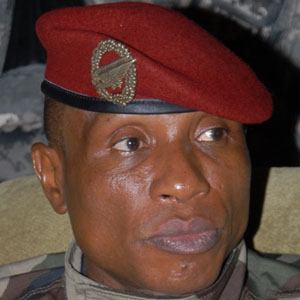 Ex-captain of the Guinean army who served as the President of the Republic of Guinea's National Council for Democracy and Development from 2008 to 2009.

He went to school in Nzérékoré and studied law at Abdel Nasser University in Conakry.

He married Jeanne Saba and they had four children together.

On December 3, 2009, soldiers in his aide-de-camp, Abubakar attempted and failed to kill him by shooting him in the head. Joseph Stalin was another ruler who survived an assassination attempts.

Moussa Dadis Camara Is A Member Of