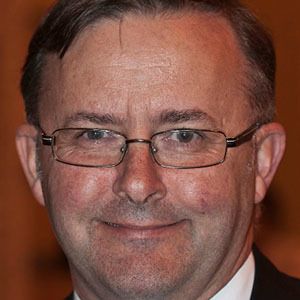 Australian politician and the country's 31st prime minister, best known as the Leader of the Australian Labor Party. He has also served as the popular and successful MP for Grayndler. He became the first Italian-Australian prime minister in 2022.

He has a degree in political science.

He is a Rabbitohs Life Member. He has a popular Twitter feed featuring political musings and opinions. He has gained over 440,000 followers to his Twitter feed.

He is a well known Australian politician on a similar level as Bill Shorten.

Anthony Albanese Is A Member Of