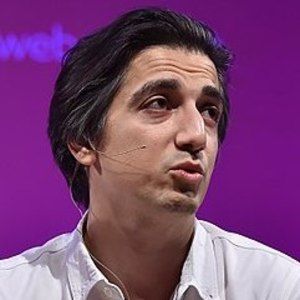 Russian photographer who went viral for his Follow Me To photo series with his wife Natalia Zakharova in 2012. He has documented his travels from the view of his partner leading him by hand to his 3.6 million Instagram followers.

He started his photo series in Barcelona while he and his then girlfriend were on vacation in October 2011. She would get annoyed when he would always stop to take photos and pull him forward.

He and his wife published a book called Follow Me To A Journey Around the World Through the Keys of Two Ordinary Travelers in 2015.

He was born in Dagestan, Russia, but moved to Moscow when he was 5. He studied civil engineering at Imperial College London.

He and Simone Bramante are both famous photographers known on Instagram for their landscape imagery.

Murad Osmann Is A Member Of