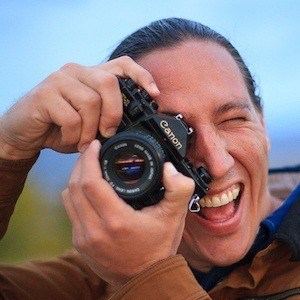 Photographer who is known for traveling and documenting his experiences while living in a VW wagon. He is best known for his book documenting the experience entitled "Orange is Optimism."

In the summer of 2007, he first saw the bus and fell in love. He then began his journey traveling in 2012 living in the bus with Kit Whistler. Since he began, he continues to photograph the experiences and post them to his Instagram where people can continue along on the journey with him.

He married Kit Whistler who accompanies him on the bus and documents her own experiences traveling as well.

Brendan North is another photographer who gained a significant following on Instagram.

James Campbell Is A Member Of