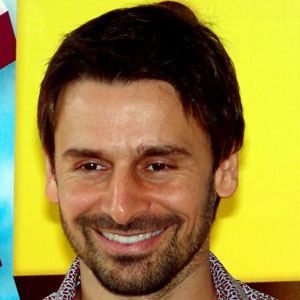 Known for his roles in such Brazilian telenovelas as Salve Jorge, O Cravo e a Rosa, and América, this screen actor also appeared in several films, including Olga, Como Esquecer, and Area Q.

He was born in Brasília, Brazil, to attorney Odair Domingos Rosa and teacher Maria Luíza Araújo Rosa. His early television credits include roles in Uma Onda no Ar and Você Decide.

During her teenage years, his wife won the prestigious "Elite Look of the Year" international modelling contest.

He and Ricardo Tozzi both appeared in numerous Brazilian telenovelas.

Murilo Rosa Is A Member Of