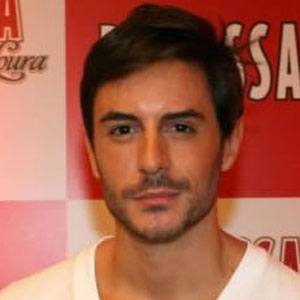 Brazilian telenovela actor known for his roles in Bang Bang, Amor à Vida, and Insensato Coração. He was also part of the cast of the comedy series S.O.S. Emergência.

After earning a college degree in business, he left behind an executive position to pursue a telenovela acting career.

He appeared in 2009 on an Emmy-winning soap opera called India – A Love Story.

He and Tony Ramos both became known for their roles in Brazilian telenovelas.

Ricardo Tozzi Is A Member Of