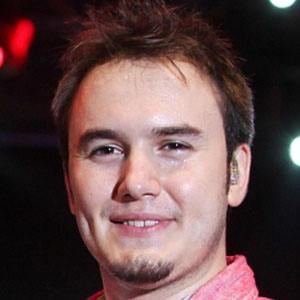 Turkish singer who became a sensation followin the success of singles like "Don," "Lemon Flowers" and "Make Me Yours Tonight." He has received awards for Best Album and Best Male Artist at the Turkiye Muzik Odulleri, the Turkish equivalent of the Grammy Awards.

He started his first band while in high school. After graduating, he studied at Ankara University and, later, Yeditepe University.

His 2009 single "Lemon Flowers" made it to #1 on the singles charts and was voted the best song of the year by many Turkish music outlets.

He was born in Ankara, Turkey. He married Sinem Ceceli in 2008.

His duet with Lara Fabian, "Make Me Yours Tonight," was released in 2014.

Mustafa Ceceli Is A Member Of