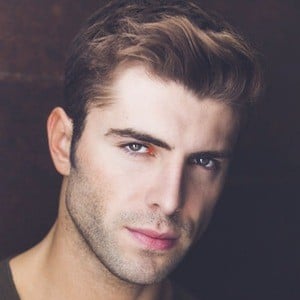 irish-American actor who has guest-starred on notable series such as Bull, Instinct, Blue Bloods, Quantico and The Blacklist. He starred in the feature films Marin Eden, Last Ferry, and Equal Standard with Ice T. He is a former Calvin Klein model and later signed to the Wilhelmina international modeling agency. As a model, he worked extensively with athletic brands such as Nike, Under Armour, and Adidas.

He was a D1 athlete as a soccer player and also served as the team captain. He studied acting at SUNY Purchase College and was into boxing and fitness. He also discovered that he had a knack for writing poetry.

He loved dogs and owned four Golden Retrievers. He volunteered at rescue centers in his free time. He gave film producing a try and made a horror film his first project.

He is the son of Blue Bloods star Robert Clohessy. His mom Catherine Clohessy is a former model and worked as a history professor. His older brother Byron Clohessy was an aspiring actor as well.

He grew up with Titus Welliver as a family friend and neighbor.

Myles Clohessy Is A Member Of