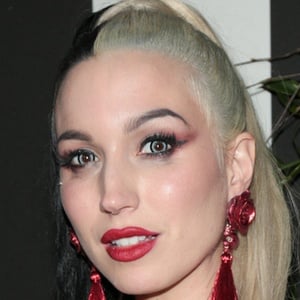 Makeup artist and model who has lent her talents to projects like RuPaul's Drag Race and toured with celebrities like Kanye West and Dave Navarro. In front of the camera, she has appeared in Elle Japan, Vogue Italia and other prominent fashion outlets.

She started working as a hair model when she was 14 years old.

She was named by Tony&Guy as North America's makeup artist of the year for 2004.

She has done the makeup of Pamela Anderson.

Mynxii White Is A Member Of