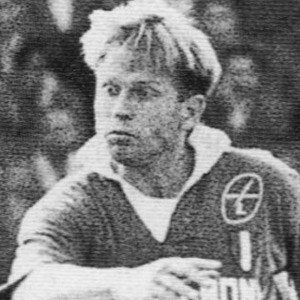 He began his professional career with Northern Transvaal in 1977.

He was born Hendrik Egnatius Botha in Breyton, South Africa.

Tiaan Strauss joined the Springboks in 1992, Botha's final year with the team.

Naas Botha Is A Member Of