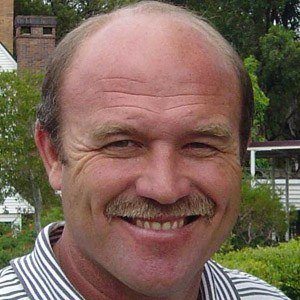 Nicknamed "The King" and "The Emperor of Lang Park," he was a five-eighths and lock; inducted into the Australian Rugby League Hall of Fame in 1999.

He played on junior Queensland school teams growing up.

He played on Australia's national rugby league team from 1981 to 1991.

He played alongside winger Michael O'Connor on the Australian national team.

Wally Lewis Is A Member Of