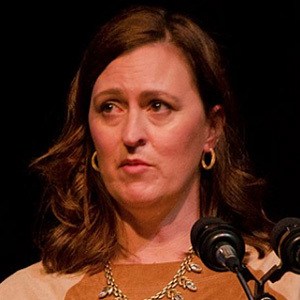 Retired CIA analyst who led the mission to target known terrorist Abu Musab al-Zarqawi, who was killed in an airstrike in 2006. Following her CIA career, she has contributed to CNN and BBC, and appeared in the 2013 HBO documentary film Manhunt.

She earned her bachelor's degree from Montana State University. She later joined the CIA at age 30.

She announced her book The Targeter would be published in June 2019. She appeared on The Late Show with David Letterman in 2013 to promote the HBO documentary Manhunt.

She was originally born and raised in Montana.

She and Michael Hayden both appeared in the 2013 HBO documentary Manhunt about the search for Osama bin Laden.

Nada Bakos Is A Member Of