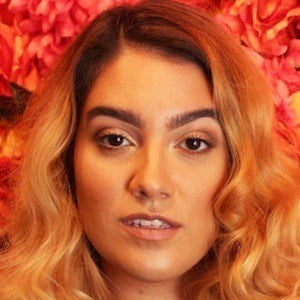 Curvy queen and fashion aficionado behind her self-titled blog, she has been featured both as a lifestyle blogger and model in publications like Seventeen Magazine, Refinery29, and Teen Vogue. Since her blogging success, she has released a number of plus-size friendly fashion collections through a number of outlets.

After moving to New York at the age of 22, she launched her blog in 2010. It originally began as a hobby for self expression. It has since evolved into a full-time job.

On April 1st, 2016, she released her self-titled app which features an array of app-exclusive content like podcasts, photos, and vlogs.

In 2014, she starred alongside Gabi Gregg and Tess Munster in the lip sync video "everyBODYisflawless" to the tune of Beyonce's "Flawless" to promote body positivity.

Nadia Aboulhosn Is A Member Of