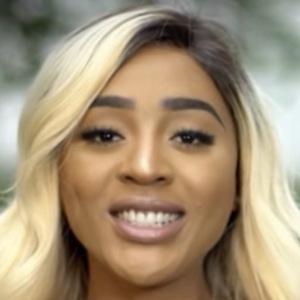 South African rapper who won the Mixtape 101 competition on the ETV show Shiz Niz. She released her first official single "Like Me" in 2013 and broke out in 2014 after being featured on the remix of the Riky Rick song "Amantombazane."

She attended high school in Fourways, South Africa before moving to Kenya.

She was a judge on the MC portion of the SABC1 hip-hop show Battle Stations.

She grew up Nadia Dlamini but changed her surname to match her mother's when she was 16. She has previously dated South African DJ Dotcom.

She has collaborated with some of the biggest names in South African hip-hop, including Kwesta and Ice Prince.

Nadia Nakai Is A Member Of