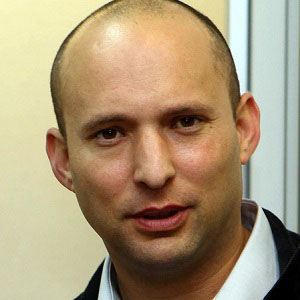 Beginning in 2013, this high-ranking member of The Jewish Home political party served as Israel's Minister of Economy and Minister of Religious Services.

Before entering politics, he served in the Israeli Defense Forces and owned and operated successful computer companies called Cyota and Soluto.

He is known for his strong opposition to the establishment of a state for Palestinians.

He and his two older brothers grew up in Israel as the children of Jewish-Americans Jim and Myrna Bennett. With his wife Gilat, he raised four children.

Naftali Bennett Is A Member Of