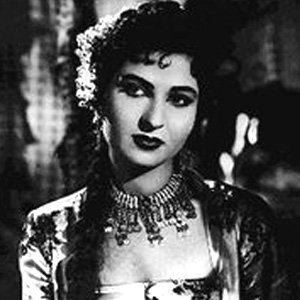 Egyptian actress and belly dancer who appeared in many films from 1949 to 1964.

She began performing in the circus when she was 4 years old as an acrobat.

She received her first acting role in the film, Aish Wal Malh, in 1949.

Her parents were acrobats in the Akef Circus, which was run by her grandfather.

Naima Akef Is A Member Of