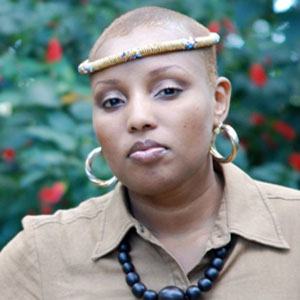 Tanzanian R&B singer who appeared on the reality television show, Tusker Project Fame, in 2006. She was on the show for five of the seven weeks the show aired.

Her debut album, Nervous Conditions, was released in 2008.

She was a goodwill Ambassador for the East African Community.

Nakaaya Sumari Is A Member Of