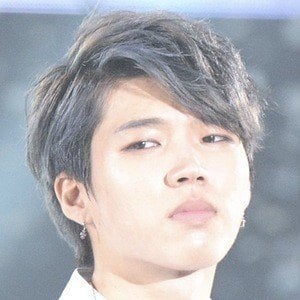 Known best by the stage name of Woohyun and famous for his membership in the K-pop group Infinite. He also had a career as an actor, appearing in the KBS series High School: Love On and in a stage musical titled Gwanghwamun Sonata.

He joined Infinite in 2010 and, around the same time, completed his education at the Dong Ah Institute of Media & Arts.

He and fellow K-pop singer Hyomin co-starred in the 2012 series The Thousandth Man.

He was born and raised in Seoul, South Korea. He has a brother named Nam Boo Hyun.

He and Kim Sung-kyu were the two principal vocalists of Infinite.

Nam Woo-hyun Is A Member Of