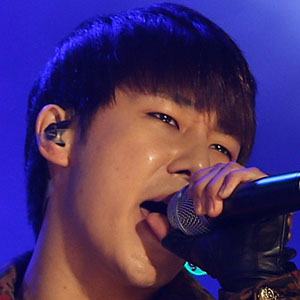 South Korean pop star known for being the main vocalist of the boy band Infinite. He made his premiere as a solo artist with the 2011 album "Over the Top". He released an EP in 2015 called 27, which debuted at number one on the Gaon Album Chart.

He had an emergency appendectomy immediately after auditioning for Woollim Entertainment.

He appeared on eight episodes of the variety show "Immortal Song 2" in 2012.

He practiced singing in secret because his parents discouraged him from pursuing a career in music. He has an older sister.

He and singer Hoya have both been members of the pop group Infinite.

Kim Sung-kyu Is A Member Of