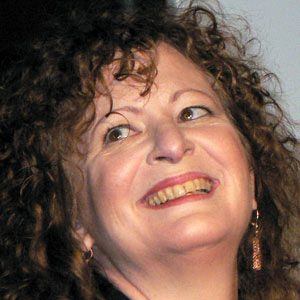 Controversial American photographer known for works such as "The Ballad of Sexual Dependency" from 1981, "Misty and Jimmy Paulette in a Taxi, NYC," from 1991, and "The Hug, NYC," from 1980.

She received her first camera at age fifteen and had her first solo photographic exhibition just five years later.

Her series "The Ballad of Sexual Dependency" consisted of photographs of heroin use, domestic violence, and other extreme situations. Most of her photographic subjects either overdosed or died of AIDS-related illnesses.

She was born in Washington, D.C. and was raised in the suburbs of Boston, Massachusetts. Her sister tragically committed suicide.

She was commissioned by the Scanlan & Theodore fashion label to photograph model Erin Wasson for a 2010 ad campaign.

Nan Goldin Is A Member Of