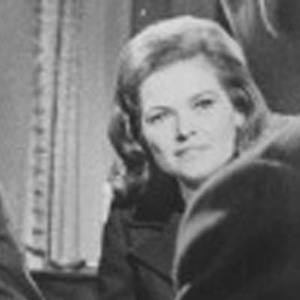 First woman reporter at CBS, who broke many barrier, like hosting her own program and reporting from the Senate floor.

In an industry dominated by men, she was first hired in 1954 to produce a radio show entitled Capital Cloakroom.

Her television documentary 784 Days That Changed America, which was about the Watergate scandal, won the Peabody award.

She was born in Wauwatosa, Wisconsin, which is a suburb of Milwaukee.

In one of her proudest journalistic accomplishments, she interviewed Egyptian president Anwar Sadat in 1980 for PBS.

Nancy Dickerson Is A Member Of