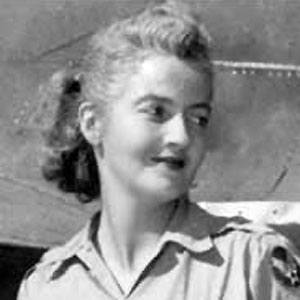 The first female pilot to officially fly for the U.S. military.

She grew up with a love of flying and had received her pilot's license by the time she was seventeen.

She saw an opportunity to involve qualified female pilots in war efforts on the home front and suggested the organization of a corps of women pilots to transport supplies and planes.

She co-founded a Boston-based aviation company with her pilot husband, Robert Love.

She and fellow aviatrix Jackie Cochran were rivals as a result of their differing views on the role of female pilots.

Nancy Harkness Love Is A Member Of