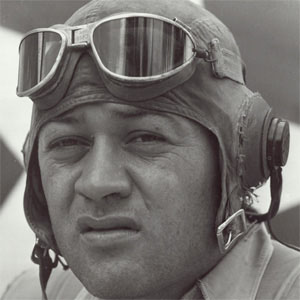 Medal of Honor and Navy Cross recipient for his bravery as a United States Marine Corps fighter ace during World War II and the Second Sino-Japanese War.

He joined ROTC at the University of Washington and became a cadet captain.

He was declared a prisoner of war after he went missing after he was downed from the sky. He was captured by a Japanese submarine and spent 20 months in Japanese prison camps.

He had three children with his first wife but was considered an absentee father.

He is buried next to boxing legend Joe Louis.

Pappy Boyington Is A Member Of