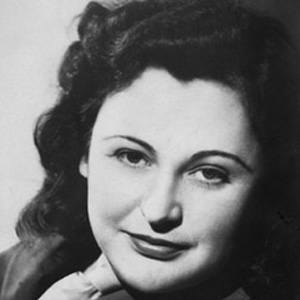 British Agent who led the maquis groups of the French Resistance, and was one of the most decorated servicewomen of World War II.

She worked as a nurse before becoming a journalist and European correspondent in Vienna.

She was the Gestapo's most wanted person, and she wrote a novel about her war experiences called The White Mouse.

She married Henry Fiocca, who was executed by the Gestapo. She later remarried John Forward in 1957, and they remained married until his death in 1997.

She worked as a journalist for William Randolph Hearst's newspapers.

Nancy Wake Is A Member Of