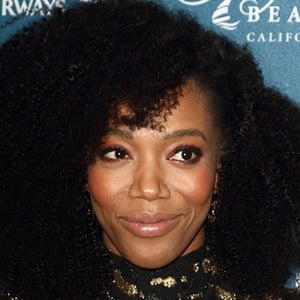 Award-winning television actress who is best known for her work on the series The End of the F***ing World. She has also made appearances on Vera and The Five.

She made her professional acting debut in a 2015 short titled I Used To Be Famous.

She guest starred on an episode of Doctor Who.

She was born in England.

She was cast on The End of the F***ing World which starred Alex Lawther and Jessica Barden.

Naomi Ackie Is A Member Of