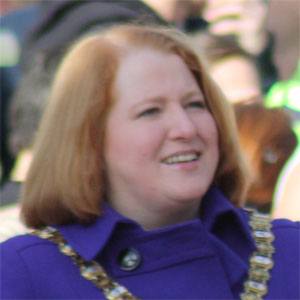 Alliance Party politician from Northern Ireland and a House of Commons representative of the Belfast East constituency. From 2009 to 2010, she also served as Lord Mayor of Belfast.

After studying civil engineering at Queen's University of Belfast, she worked as a hydraulic and environmental engineering consultant.

She was the second woman to hold office as Lord Mayor of Belfast; Ulster Unionist Party politician Grace Bannister (who assumed the position in the early 1980s) was the first.

She and fellow Northern Irish politician Gerry Adams both served in Parliament during the first decade of the 21st Century, representing Belfast East and Belfast West, respectively.

Naomi Long Is A Member Of