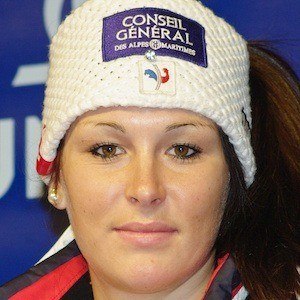 French alpine skier who represented her country at the 2010 and 2014 Winter Olympic Games. She's also competed at the World Cup and World Championships.

She first competed in the World Cup in 2006 and won bronze at the 2008 Junior World Ski Championships.

She was born to Nicole and Jean-Luc Noens and has a brother named Arthur.

She and Alexis Pinturault have both had success as French alpine skiers.

Nastasia Noens Is A Member Of