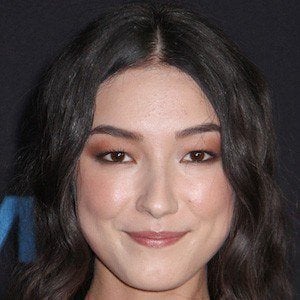 Black Belt Dan One in Taekwondo as of 2009 who was cast in the lead role of the martial arts-inspired 2016 film Crouching Tiger, Hidden Dragon: Sword of Destiny as Snow Vase. In 2019, she starred in Netflix's The Society as Helena.

She attended an all-girls high school before studying media law at the University of Technology Sydney.

She is a fan of horseback riding, figure skating and football in addition to martial arts.

Her father is Italian and her mother is Chinese, but she was born in Sydney, Australia.

She starred alongside Donnie Yen in Crouching Tiger, Hidden Dragon: Sword of Destiny.