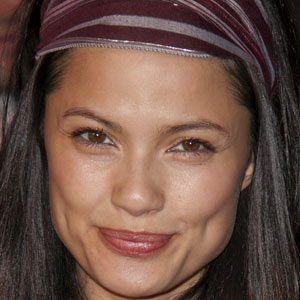 Famous for her modeling work, she is also notable for her appearances in episodes of Dark Angel, The Chris Isaak Show, Fallen, Fringe, and numerous other television series.

During her childhood and teenage years, she trained at ballet schools in Norway, Scotland, and Canada, and went on to seek musical theater training in England.

In her screen appearances, she is sometimes billed as Lina Teal.

Members of a family of both Norwegian and Malaysian heritage, she and her older sister spent their early years in Oslo, Norway.

She co-starred with Dominic Purcell in the 2013 film Vikingdom.

Natassia Malthe Is A Member Of