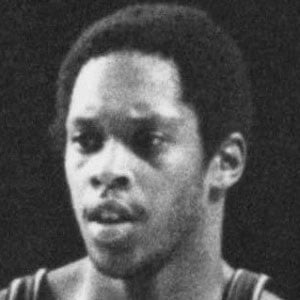 Hall of Fame point guard known for his quickness, nicknamed Tiny Archibald; selected to 6 NBA All-Star games in a career that spanned from 1970 to 1984 with four different teams.

He was a playground legend while growing up in the Bronx. He eventually enrolled at Arizona Western College.

He led the NBA in free throws twice and led in free throw attempts 3 times. In 1973, he lead the league in scoring and assists as a member of the Kansas City Kings.

His father, nicknamed Big Tiny, was the inspiration for his nickname. He was born the oldest of seven children.

He won his only NBA Championship alongside Larry Bird and the Boston Celtics in the 1981-1982 season.

Nate Archibald Is A Member Of