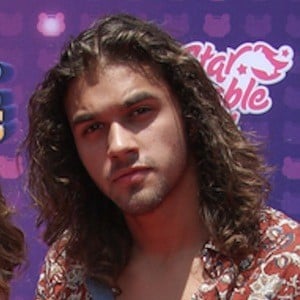 American actor who found fame playing Gabe Michaels on the Disney Channel series Kirby Buckets. He has also appeared in films like 2016's The Breakout: A Rock Opera and the 2019 horror Us.

He grew up in California and made his acting debut on the comedy series Trophy Wife.

He is a singer and guitarist who has performed as a member of the band Harletson.

He began appearing alongside Jacob Bertrand on Kirby Buckets in 2015.

Nathan Harrington Is A Member Of