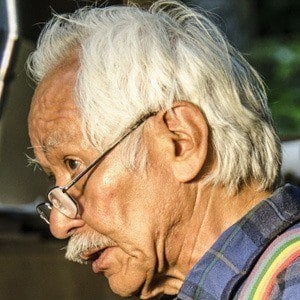 Tlingit artist best known for his totem poles, canoes, jewelry, and other works.

He served in the German military before becoming a commercial fisherman. His interest in totem poles began when he had to stop fishing while fighting a critical bout with pneumonia.

He created more than fifty totem poles, many of which were displayed at prestigious locales such as the National Museum of the American Indian and Harvard University's Peabody Museum.

He married an artist and fathered a son who also became an artist.

He and Civil Rights activist Elizabeth Peratrovich were both raised in the Alaskan Tlingit culture.

Nathan Jackson Is A Member Of