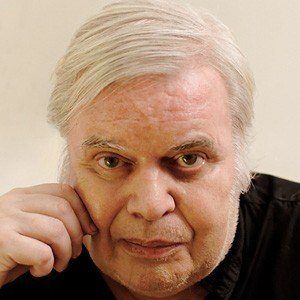 Swiss surrealist artist and author whose work inspired the creatures and sets in the popular feature film Alien. He was elected into the Science Fiction and Fantasy Hall of Fame in 2013.

His work on Alien was inspired by his own painting "Necronom IV." His art was increasingly recognized by the public after he published a few books and also appeared frequently in Omni magazine.

His artwork, set in a strange netherworld, is characterized by its nightmarish creatures and themes of torture.

His relationship with the Swiss actress Li Tobler ended with Tobler's 1975 suicide. He was married to Mia Bonzanigo for less than two years before the pair split in 1981.

His influential novel, The Necronomicon, inspired the film Alien, which starred John Hurt.

HR Giger Is A Member Of